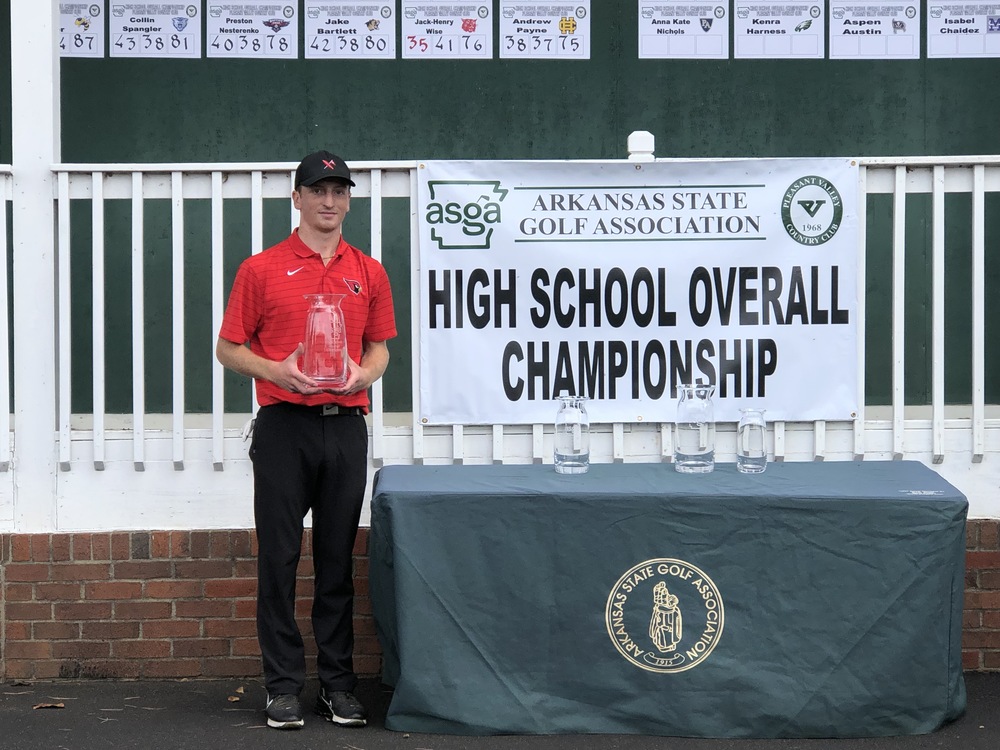 Farmington High School Senior Rhett South had a blazing finish to his high school career with a AAAA State Individual Title, followed up by a State Overall Title the next week.

On October 5th, Rhett shot a 70 to take home 1st place at the State Match located at Fayetteville Country Club. It was a great come from behind victory, finishing with an eagle and a birdie in two of his last three holes to win by two strokes.

By finishing in the top three at state competition, Rhett qualified to compete at the State Overall Match at Pleasant Valley Country Club in Little Rock on October 14th. This was the second time South qualified for this event in his high school career. Again he had a wild finish by overcoming a double-bogey on hole 17, and recovering with a birdie on 18 to win the tournament by two strokes shooting a 73.

Rhett has had an unmatched golf career at Farmington High School. Along with these last two accomplishments, he was three time individual conference champion and individual AAAA State Runner-Up as a freshman. He also anchored a golf team that won 3 conference titles and was AAAA State Runner-Up in 2020. Rhett is the son of Barron and Melinda South.