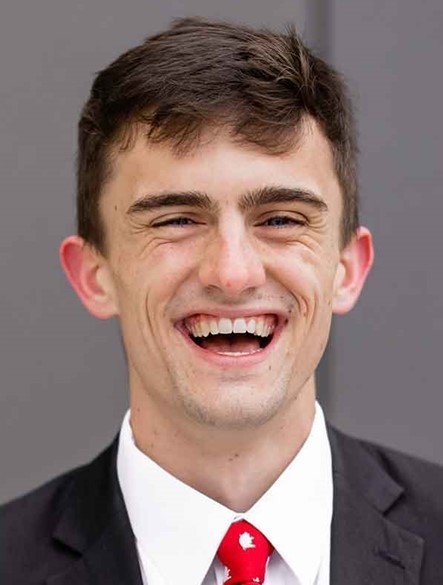 Farmington graduate Coleman Warren, a current senior at the University of Arkansas, has been named as a finalists for the Rhodes Scholarship, the world’s most prestigious scholarship to complete post-graduate study in the United Kingdom.

Coleman is the current Associated Student Government president. As an incoming freshman he received the Arkansas Governor’s Distinguished Scholarship, and he is also the recipient of the Industrial Engineering Sophomore Scholar Award, an Arkansas Academy of Industrial Engineers Scholarship and the Gold President’s Volunteer Service Award.

Warren plans a career focused on helping to alleviate childhood food insecurity in Arkansas, and he eventually hopes to run for U.S. Congress.

“I am incredibly grateful for this opportunity and all of the wonderful people who have supported me in getting to this point in the process,” Coleman said. “The Rhodes and Marshall Scholarships are once-in-a-lifetime opportunities to obtain a world-class education with a community of changemakers from around the world. I’m excited to represent Arkansas, and I hope to develop a deeper understanding of how to address what have been intractable issues like food insecurity in the state and in the country.”

Before being elected as president, Warren held several positions within Associated Student Government, including director of policy and director of open education resources. He has also volunteered for the Northwest Arkansas Food Bank and as a Razorback Food Recovery partner coordinator for the Volunteer Action Center.

Politically minded, he has volunteered on local campaigns, and in the summer of 2021, he served as a legislative intern for the U.S. House of Representatives.

After his freshman year, Warren served as an AmeriCorps VISTA Summer Associate for the Food Bank for the Heartland in Omaha, Nebraska. While there he developed the idea to create a small business to serve as a revenue source to benefit Northwest Arkansas non-profits working to alleviate food insecurity in children. Upon returning home, he created Simple + Sweet, an artisanal ice cream business that has so far donated over $10,000 to local nonprofits.