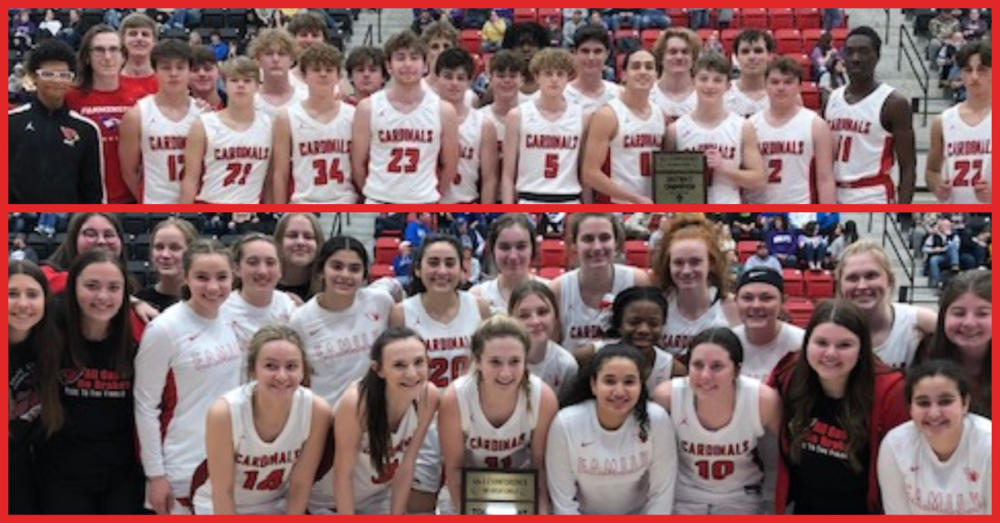 Farmington Basketball Completes a Season for the Ages

It was a historic season for Farmington Basketball. Both varsity basketball teams recently completed record-breaking seasons with multiple team and individual honors.

The Sr. Boys, coached by Johnny Taylor and Will Worthy, finished with a program-record 31 wins with only 2 losses. Their only losses were early to 6A Siloam Springs on the road and eventual state runner-up, Blytheville in the state quarterfinals. Their team accomplishments included 4A- North Regional Champs, 1-AAAA District Tournament Champs, 1-AAAA West Conference Champs, and Mountain Home Tournament Champs.

With a combined record of 65-4, the teams combined set school records for most wins and fewest losses in a season. We are so proud of the way both teams represented our district and community. We look forward to a bright future in both programs!