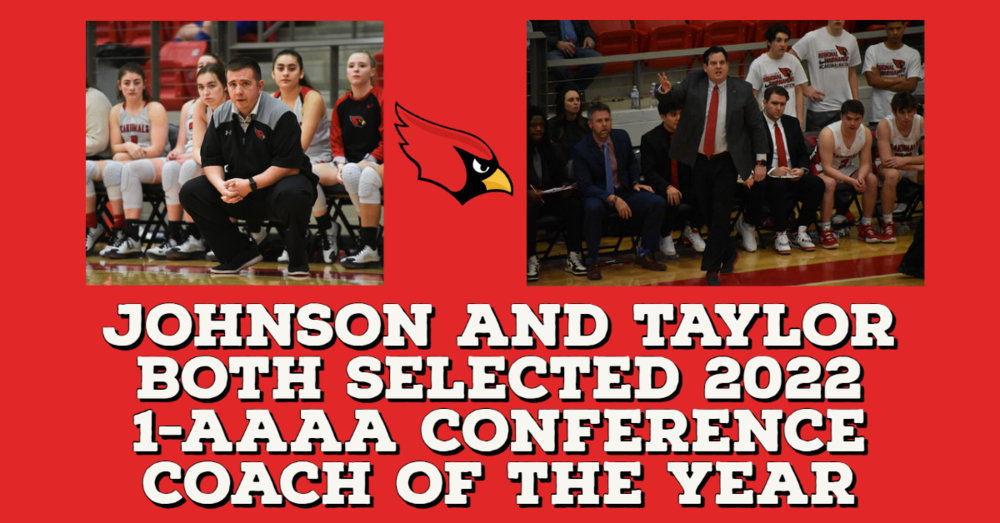 Farmington Basketball Coaches Both Selected Conference Coach of the Year

Brad Johnson and Johnny Taylor both added new honors this past season to their already decorated coaching careers. They were both selected 1-AAAA Conference Coach of the Year in their respective sports. This season, both posted undefeated conference records and were district and regional tournament champions. Their combined records this season were 65-4.

Coach Johnson has led the Lady Cardinals for thirteen years with a 298-103 record at the school. In his tenure he has been to four state finals, while winning one of them. He has also made seven state semi-final appearances at Farmington. He has a total of twenty years of head coaching experience with an over-all record of 384-212.

This is Coach Taylor's second year as the head men's coach at Farmington. In his time here, his record is 53-8 with two state quarter-final appearances, a regional title, two conference titles, and two conference tournament titles. Before coming to Farmington he won two state titles with ten state tournament appearances. In twenty-two years as a head coach his combined record is 470-220.