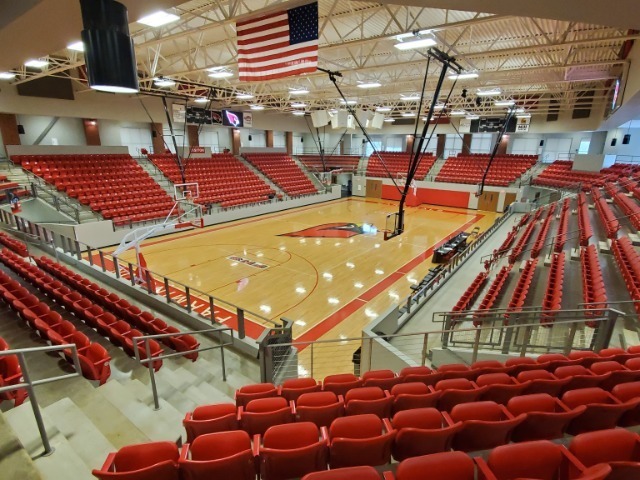 TAYLOR NO STRANGER TO NWA

The hiring of Taylor was approved during a June 22 Farmington School Board meeting to replace Beau Thompson, who took over as athletic director July 1. Taylor said the job had a lot of appeal.
“Well, I knew Coach Thompson and with respect to what he did while he was here. I coached at Siloam and Valley Springs and played up here so I was familiar with the area and I always thought they had a great program, and of course, they’ve now got the beautiful facilities and gym, so lot of traditions,” Taylor said.

Star City’s undefeated girls team (31-0) coached by Becky Yarbrough was scheduled to play Brad Johnson’s Lady Cardinals (32-3) in the 2020 Class 4A State Finals at BZK Ozark Arena in Hot Springs. The covid-19 crisis led to postponement and eventual cancellation of the State Finals with both schools designated as co-champions by the Arkansas Activities Association.
Asked what was the feeling from Star City’s point-of-view, Taylor said, “I think we were just excited that we were in the finals. I know that from people that I talked to that we would’ve had our hands full playing Coach Johnson’s girls.”

Farmington fans got a good look at the level of competition Taylor faced in the 4A-8 with Magnolia, Monticello and Camden Fairview representing the conference in the Class 4A State tournament which Farmington hosted March 4-7 at Cardinal Arena.
“We’re coming from a league that had Magnolia that obviously was in the boys finals. Next year, we had Watson Chapel, in our league we saw unbelievable athletes every night of the week,” Taylor said.

He and Thompson went head-to-head in nonconference games between Siloam Springs and Farmington in 2009 and 2010. Thompson and the Cardinals won 53-31 on Dec. 1, 2009, while Taylor and the Panthers won 55-51 on Nov. 18, 2010.
Taylor likes what he sees as a schedule conducive to creating and maintaining basketball rivalries among the 4A-1.

“I think just the location and the fact that you’re going to play so many people that are close to you,” Taylor said. “When I was in Siloam some of our trips were three hours. Having a Prairie Grove right down the road, having a Shiloh Christian and Berryville and so many towns, there’ll be some good rivalries.”

Taylor earned a Bachelor of Arts in Physical Education from Hendrix College in 2000 and attained a Masters of Education specializing in Educational Leadership at Harding University in Searcy in 2005.

He played college basketball at Hendrix and served as Warriors’ team captain during the 1998-2000 seasons in which he conducted team meetings and helped with recruiting. A 4-year letter award winner at Hendrix, Taylor promoted literacy in Athletics through Notebook System.
“Under Coach Cliff Garrison, I discovered that through basketball a coach had the opportunity to convey important ideals and characteristics that encompass each aspect of life,” Taylor stated on his resume while applying for the Farmington position.

Taylor’s community involvement includes coaching a youth team at Boy’s Club in Conway, participation in a “Dream to Read” program, member of “Big Buddy” program, and pioneering a youth basketball league at Rose Bud and Weiner. He began an athletic banquet for girls athletics at Rose Bud and an annual alumni basketball game at Weiner.

Taylor is certified in Physical Education, Driver’s Education, Secondary Coaching, and as a principal. He is a member of the National Association of High School Coaches.
Thompson provided Taylor access to the boys basketball Hudl game film, and he was introduced to the players two days after his hiring although his contract didn’t officially begin until July 1.
Practices remain restricted because of covid-19, but Taylor is putting things in place as he implements his program.

“For us, we’ll start teaching footwork and I know they already know a lot from what they’ve learned playing for Coach Thompson,” Taylor said. “We’ll do some things a little bit different. It’ll be nice to get a jump-start on it before the school year.”