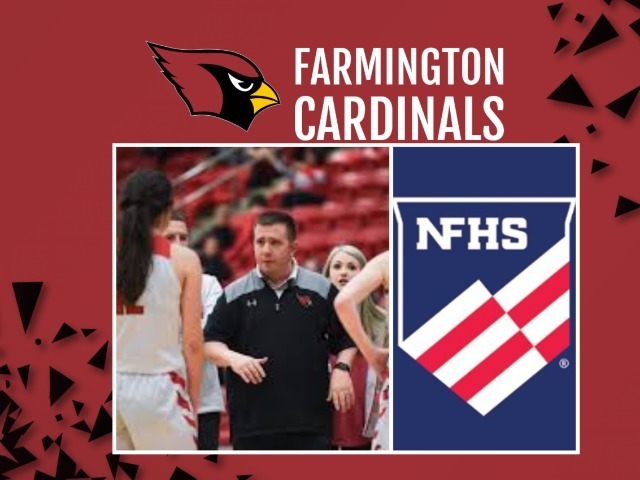 Farmington Sr. Girls Basketball Coach, Brad Johnson, has been selected as the National Federation of State High School Associates (NFHS) 2019-2020 Southwest Girl’s Coach of the Year. Brad was specifically nominated by the Arkansas Activities Association to receive this award and confirmed as the most deserving recipient by the NFHS Coaches Association. The Southwest section includes Arkansas, Colorado, Oklahoma, New Mexico, and Texas. Honorees were selected based on their performance in the 2019-2020 school year, lifetime community involvement, school involvement, and philosophy of coaching.

Brad has been the Head Coach at Farmington for 12 years, replacing the legendary Brad Blew. In that time he has two state finals appearances, with a state title in 2020. He has been to the state semifinals five times during his time at Farmington as well. He has continued to keep Farmington in the conversation as one of the premier girl’s basketball programs in the state of Arkansas. Congratulations to Coach Johnson on adding another great accomplishment to his resume as the coach at Farmington High School!